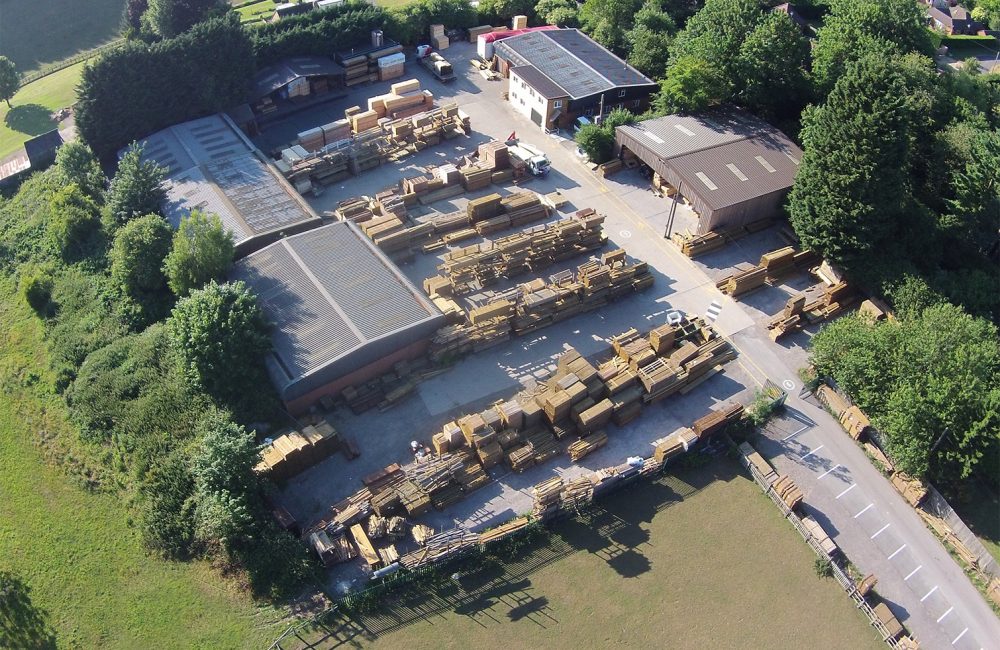 Bouchier Fencing was started in 1964 by the present owner, purely as a fencing contractor with small scale gate production. The business became a Limited company in 1969. Contracting continued to be the main occupation, but with the aquisition of the premises in Goring Road in 1975, a log sawing facility was installed in the old buildings to enable the original contracting business to be self-sufficient in timber components.

Timber was purchased standing, felled, then extracted to the roadside and brought in for processing into components which were then treated at the local Rentokil plant.

At the time, there were no other specialist suppliers in the area and demand for materials from other contractors and the general public increased rapidly. Sawn timber was brought in to supplement production, and very soon it became clear that a change of direction was needed.

New buildings were constructed, the log saws were disposed of and the contracting business was sold off. Investment in equipment was made, the yard was concreted over and staffing levels increased to cope with the new demands.

Since that time, investment has continued to be progressive as it has been throughout the history of the Company, avoiding the need to use outside services and allowing us full control over the final products, both in quality and completion times.

Any cookies that may not be particularly necessary for the website to function and is used specifically to collect user personal data via analytics, ads, other embedded contents are termed as non-necessary cookies. It is mandatory to procure user consent prior to running these cookies on your website.